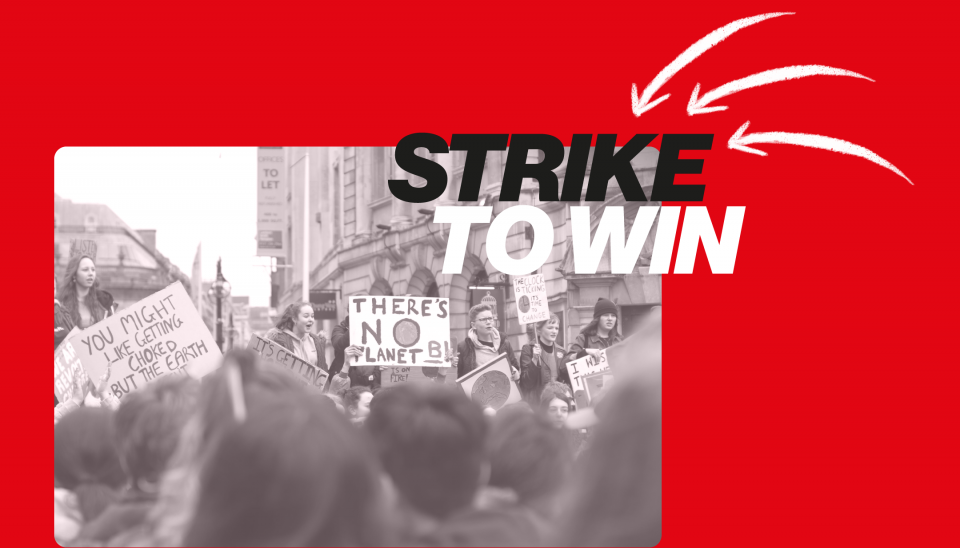 It's clear to all of us that the system isn't working, and that what we need is real change.

That change will only come from a party that takes the side of workers against the billionaires. This election is a choice between a Labour government by the many for the many, and a Tory government by the rich for the rich.

But broken systems don't just disappear when laws get passed in parliament. That's why in this election, we're asking you to support strikes being led workers and students around the country.

Go to the map.

On 29 November, higher education workers will be on strike to defend their wages, working conditions and pensions. At the same time, school students will be walking out of their classrooms to take on the big polluters and force real action on the climate crisis. We're asking you to join them - and build a movement that can strike to win.

That means checking out My Campaign Map, finding a Strike to Win event in a marginal near you, and getting a group together to support these strikes. We'll combine the energy of our campaign for a Labour government with the power of organised workers and students to create powerful picket lines and demonstrations that show the billionaires we're not messing around.

HOW TO STRIKE TO WIN

Search on My Campaign Map and find a Strike to Win event in a marginal near you.

Get a group of friends to turn up together. If you're in a campaigning WhatsApp group, let everyone know about where you're going and when. Sign up for our Activist Alerts to keep your chat up to date with the latest info from HQ.

Show up! Join a picket line at a nearby university. Talk to strikers and the public, hand out leaflets, build connections, and show your support - thermos flasks of tea and packs of biscuits go a long way on a winter picket line. If there's a Youth Climate Strike demonstration in your city then you can go to that later in the morning.

Then, head out into the community and join a door knocking session to spread the word about how we're building a movement of ordinary people to take on the billionaires in a fight for real change.

Use the connections you made on the picket line to create more WhatsApp campaigning groups, or merge multiple groups to create a supergroup, and smash the last two weeks of campaigning. After that, build or reinforce a long-term connection to your local trade union movement and organise in your own workplace and community. 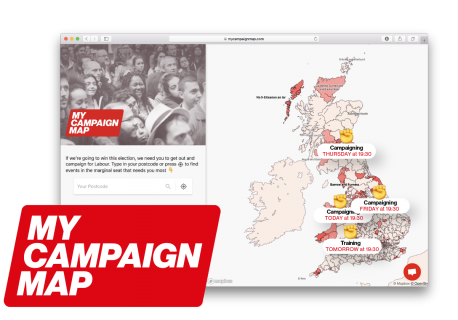 Find a picket line to get started 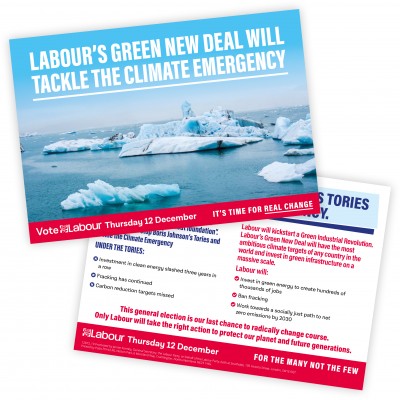 Order leaflets for next day delivery

What's the university strike about?

The pay, working conditions and pensions of higher education workers are under attack. 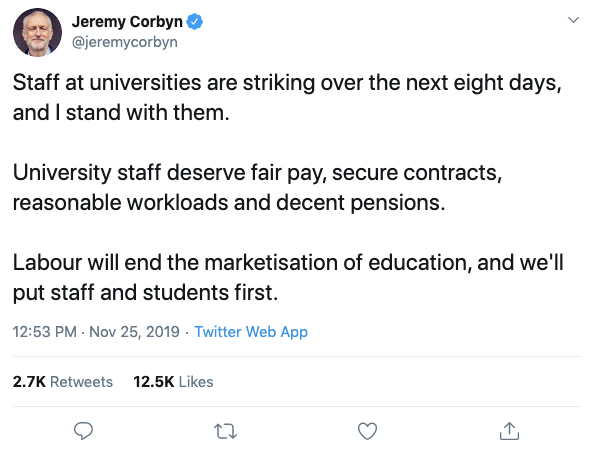