This month we bring you news of positive local election results, a interview with two incoming socialist councillors and we take a closer look at an airline owner implicated in the Tory’s horrendous Rwandan deportation policy. 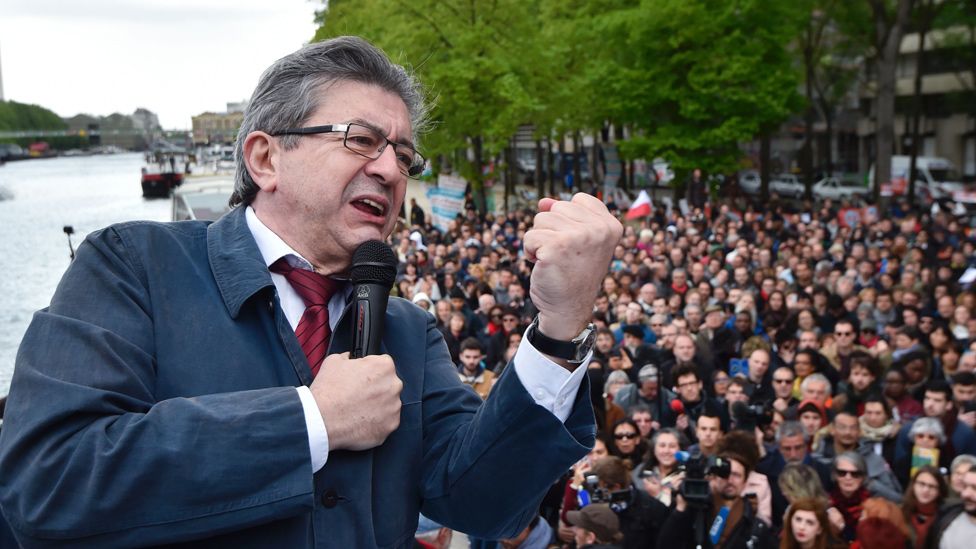 Local election. An underwhelming set of results for Starmer’s Labour. Gains in London – winning overall control from the Tories in Westminster, Wandsworth and Barnet – but losses in the North and Midlands. Kingston-upon-Hull in Yorkshire was lost to the Lib Dems; overall the seats were down by three and four in the North and Midlands respectively. There were positives for the socialist left though: we had over 100 councillors elected into local government, many of them graduates of our Future Councillors’ Programme and who will now be part of our growing Councillor Network. Check out our LabourList piece for the full story.

Un autre monde est possible. After his incredible presidential run, coming so close to beating Le Pen, Jean Luc-Melenchon now leads a coalition of socialists, communists and greens taking on Macron in the National Assembly elections. NUPES won 26.1% of the vote in the first round of National Assembly elections, beating the Macron grouping’s 25.9% by a small margin. A similar showing in the second round this weekend could deprive the president of the majority he requires to push through his neoliberal pension reforms. NUPES’ joint programme includes the lowering of the retirement age to 60, an increase of 15% to the minimum wage and wealth taxes. Bonne chance, camarades.

Socialism v barbarism. It’s a runoff in the Colombian election: a socialist, ex-guerilla versus a right-wing populist. The leftist Gustavo Petro won 40% in the first round against the populist right Hernandez on 28%. But it is widely thought that the right-wing supporters of Fedirico Gutierrez (who came third with 23%) will swing behind Hernandez. The two candidates are currently neck and neck in the polls. Can Petro win to carry on the second pink tide sweeping across South America? We will see on Sunday.

Momentum, refounded. The votes are in and the refounding process is done. All member conventions every two years; democratic votes on who to back for Labour leader & deputy leader; groups across larger geographical regions; new NCG regions, term limits, & STV – you can read all the results here.

In May’s local elections, over 100 new socialists were elected as Labour councillors, many of them products of Momentum’s Future Councillors’ Programme. Our movement has achieved great things in local government in recent years, namely in Preston, Salford and North Ayshire, and the election of many more socialist councillors should be seen as part of that quiet revolution in local government. Tired of our extractive economic model, big housing developers ruling the roost, and the acquiescence of many Labour councils to this status quo, many activists are now winning office to make real transformative change.

“I just want local people to know that we are on their side,” says Holly Harrison-Mullane, a newly elected councillor in St Ann’s Ward in Haringey, North London.

Harrison-Mullane got involved in Labour politics in 2015. She was initially inspired by Corbyn’s leadership but was prompted to get involved locally when she heard news of the Haringey Development Vehicle – a scheme that involved giving away ‘lots of council land for free to a private developer’.

“I thought it was disgusting,” says Harrison-Mullane. “I grew up living in social housing and I thought: what am I doing being part of a party that doesn’t think that Haringey, which is my home, was a place for people like me?”

In 2018, Harrison-Mullane joined the campaign that led to many left councillors getting elected in Haringey. Once in post the new councillors immediately cancelled the Haringey Development Vehicle. Now, as a councillor herself, she is working on a number of ‘really exciting schemes’ to increase council housing in her ward.

In Sheffield, Minesh Parekh won a seat in Crookes and Crosspool ward – one of the few Labour candidates to gain a seat from the Lib Dems across the country. A climate activist, Parekh wants to use his role to push Sheffield council to live up to its radical municipalist traditions.

“Sheffield is quite unique in its politics and history,” says Parekh. “It was the first ever Labour-controlled city council in 1926, and it was one of the first councils to municipalise water back in 1870. It was also country leading in terms of building massive, well-designed public housing projects in the 40s and 50s.”

But that history has dwindled, he says, and the effect of that is Labour losing the council in 2011/2012.

“Unlike places like Manchester or Leeds, which have been more solidly Labour, Sheffield has often lost local control. I think that’s because we’ve actually become too cautious.”

Parekh thinks Labour needs to be more strident in Sheffield and has four different areas he wants to focus on: housing justice, migrant solidarity, greater democracy and a Green New Deal.

“I want to try and embed Green New Deal politics into everything the council does. But also, Sheffield has this history of being the first ever sanctuary city for migrants. I think we need to add a bit more depth to what that means by looking at how we can dismantle hostile environment policies locally and look into whether it’s possible to pursue non-compliance with the Home Office. I want Sheffield to be a place that is actively welcoming, putting our solidarity into practice.”

Both Parekh and Harrison-Mullane are graduates of the Future Councillors’ Programme – and like the hundreds of others who have been through the programme, have received training in how to win selections and how to win change in office. The programme was, according to Parekh, really useful in “demystifying” the whole process.

“Local government is designed in such a way that people who are familiar with it, or have friends already involved, can do well in it,” says Parekh. “It really helped to break down a lot of misconceptions and add a lot of clarity to what is a closed off, secretive project.”

“The programme was really helpful,” says Harrison-Mullane. “The process around selections are very opaque, so it was just really useful to have it all properly explained.”

“I also got some great campaigning tips. We were told that we need to figure out how many people were in the room when a councillor was selected the previous time, and you’ve got to figure that a third of your people are going to not turn up. That’s the number you’re working with. It all happened exactly as they said – but I was prepared.”

Councillors like Harrison-Mullane and Parekh, alongside hundreds of others, are now part of Momentum’s growing Councillor Network where left-wing councillors share ideas and tactics for how to bring about transformative change in their communities. Long may it continue!

Last month, Britain voted in local elections. The results were poor for the Conservatives, with Boris Johnson’s party losing over 300 seats. Labour gained seats, with Keir Starmer calling the elections “massive turning point” for his party. But were they?

Across Britain, Starmer’s party gained 108 seats. But 66 of these gains occurred in Wales, where pro-Corbyn First Minister Mark Drakeford leads a Labour administration that leans to the left of Starmer’s leadership. A further 20 of these gains were in Scotland, where local elections are conducted under a proportional voting system.

In England – where the next general election will be determined – Labour gained just 22 seats. This was a mere 0.5% of the 2,000 seats held by other parties prior to the elections. And even where they did make gains, it was only because the Tory vote declined – not because Labour’s popularity went up. In the North and the Midlands, home to the famous ‘Red Wall’, Starmer’s party won fewer votes than the last time these seats were contested. In other words, he did worse than Corbyn.

Yet the overall picture is not the only statistic that should concern Starmer. Not only did the left-wing Greens make substantial gains for the third local election in a row, but in one London Borough, an independent left-wing party defeated Labour in a shock victory.

This victory took place in Tower Hamlets, where the Aspire Party won the Mayoral election and the council election on a manifesto packed with left-wing policies. Labour, who had held 93% of the council seats before the election, lost their position as the largest party for the first time in over 30 years.

How did they do it? There appear to have been two significant factors: the support of BAME voters and the support of renters. Both of these groups have historically been supportive of Labour, but in these elections Aspire performed best in council wards where large numbers of residents rent their homes and identify as BAME. Given that Labour won a supermajority of the popular vote here in 2019, this shock defeat should certainly concern the leadership. 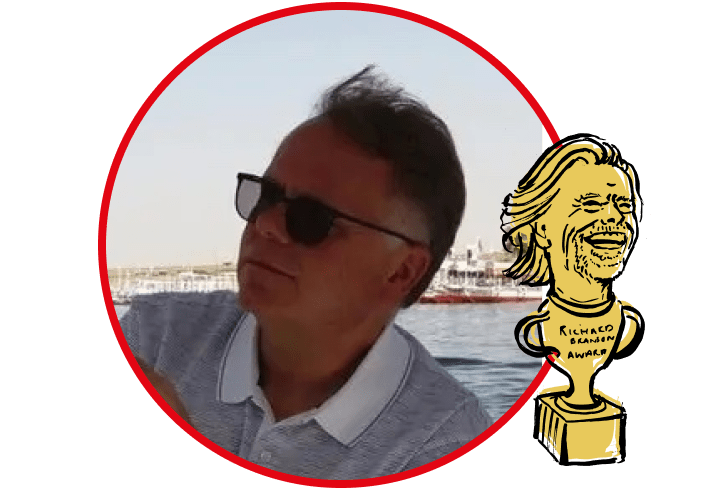 It only seems fitting that this week’s Class Enemy Award should go to the man that helped facilitate the Government’s inhumane Rwanda deportation plan: Chema Álverez – president and owner of Privilege Style airlines – the only airline that agreed to deport asylum seekers from the UK to Rwanda.

Chema is a Galician businessman who rose to riches thanks to his father’s connections with Spain’s dynastic tourist industry. This isn’t his first dalliance with profiteering from inhumane deportations. Oh no – Privilege Style has a long and shameful history in this arena. The airline is behind the infamous Jamaica 50 charter flight in December 2020 amidst the Windrush scandal, and has carried out a number of deportations from the EU to Afghanistan, Nigeria and Ghana – in at least one case, people were transported in leg chains.

His drive to profiteer off the misery of others is so desperate, the airline proudly advertises its ability to schedule deportations in as little as two hours – to step in if any other airline pulls out.

This week, thanks to the heroic efforts of protestors and lawyers, the charter flight set to send 11 people to Rwanda did not take off. While Chema is busy chasing cash at the expense of any discernible conscience, the rest of us are out resisting inhumane deportations.

That’s all for this month, comrades. We hope you enjoyed this month’s issue. Any feedback you have and ideas for how to make the newsletter better are much appreciated. Don’t hesitate to send us an email at [email protected] with your thoughts.